Sido Jombati scored his first goal of the season as Wycombe beat Bristol Rovers at the Memorial Stadium.

The defender nodded home a Joe Jacobson corner from close range on 58 minutes and spoke to me after the game on BBC Three Counties Radio:

“If it gives you three points, it’s a spectacular goal”

Wycombe Wanderers picked up their third EFL1 away victory of the season in a tight affair against Bristol Rovers.

A second half Side Jombati header was enough to seal the three points and maintain the Chairboys eight point gap from the relegation zone.

After the game I spoke to the Wanderers manager Gareth Ainsworth on BBC3CR:

Wycombe Wanderers head to the Ricoh Arena to take on a Coventry City side who have won the last five meetings between the two clubs.

The Chairboys are buoyed by their away form, losing just two of the last 17 on the road, whilst Coventry are still contending with off the pitch issues regarding their home.

Wycombe will be without the injured Anthony Stewart and Nathan Tyson but Sido Jombati is available after serving a one match suspension for collecting five yellow cards this season.

Ahead of the game, I spoke to the Wanderers manager Gareth Ainsworth: 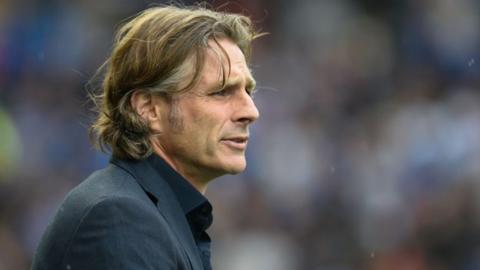 Due to huge public demand, I spoke to Chairboys defender Sido Jombati:

“Idea for a TV show: The History Of Fish & Chips presented by Sido Jombati”